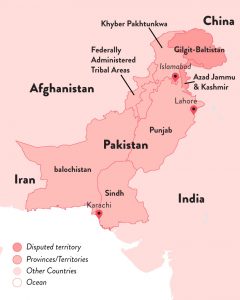 supplement to Confused Westerners’ Guide to the Conflict in Pakistan

Bellow, for the angry roar emanating from deep within this city’s core. Because there are no good options for us in this changing landscape, as we are torn out of an exploitative and destructive industrial past and shoved in a precarious and alienating future. The rich and powerful want us to feel that we are part of these changes — to imagine we are all being lifted up together. But it’s clear we have nothing to gain from condos, pipelines, militarized police, or the monotonous sham of electoral politics. These are attacks, and we will respond accordingly.

Bellows, for the beautiful instrument that stokes a fire. Because we want to fan the flames of discontent in Hamilton, and in the process create space for something new. We are not afraid of change – we simply desire a sort of change that will never be considered on CHCH or in the vapid pages of the Spec. Radical change is difficult, disruptive, and most importantly it never comes from those in power. We want to confront the systems that oppress us head on instead of waiting for the elites to do something for us.

This publication is an attempt to analyze how power works in this city, to build autonomy, and to collectively dismantle the rosy lies we are fed by politicians, developers, cops, and their shady friends. We want to celebrate the resistance that goes on all around us, and conspire new ways to fight back.

We are not a political party or a cult.
We don’t have funding or a sales pitch.
We don’t have a plan for your future.
We are just a crew of pissed off Hamiltonians with a bunch of uncompromising ideals and a printer.

Mutual Aid: (noun)
A term in organization theory used to signify a voluntary reciprocal exchange of resources and services for mutual benefit.

Capitalism: (noun)
An economic system in which investment in and ownership of the means of production, distribution, and exchange of wealth is made and maintained chiefly by private individuals or corporations, especially as contrasted to cooperatively or state-owned means of wealth.

I have provided the two definitions above to allow you, dear reader, to understand the opposition inherent in these two forms of exchange, for the sake of this small case study. Mutual aid is a very simple concept that has existed for a very long time. In our current reality, it is a nearly phased out practice, replaced by a competitive social norm that is based on profit and personal gain (i.e. capitalism). END_OF_DOCUMENT_TOKEN_TO_BE_REPLACED

During a late night editorial meeting, only weeks after we first floated the idea of a The Cannon Street Bellows, a stranger walked into The Tower. She said that she heard some kids got dressed up like pigeons and sprayed sour milk at developers, we said we heard that too. She chuckled and handed us an envelope, filled up a mug of coffee for herself, said she would have more in a few weeks, and walked out with our mug. The envelope was labeled G.L. and contained the following article, hand written on coffee-stained foolscap. We were stunned — even for a crew of cynical anarchists this was pretty curmudgeonly stuff. But it seems like the real deal, so we’ve decided to give it space in this publication. Hopefully she comes around again. We don’t know what G.L. stands for, but around the Tower we’ve been calling her the Gonzo Leach. Enjoy.