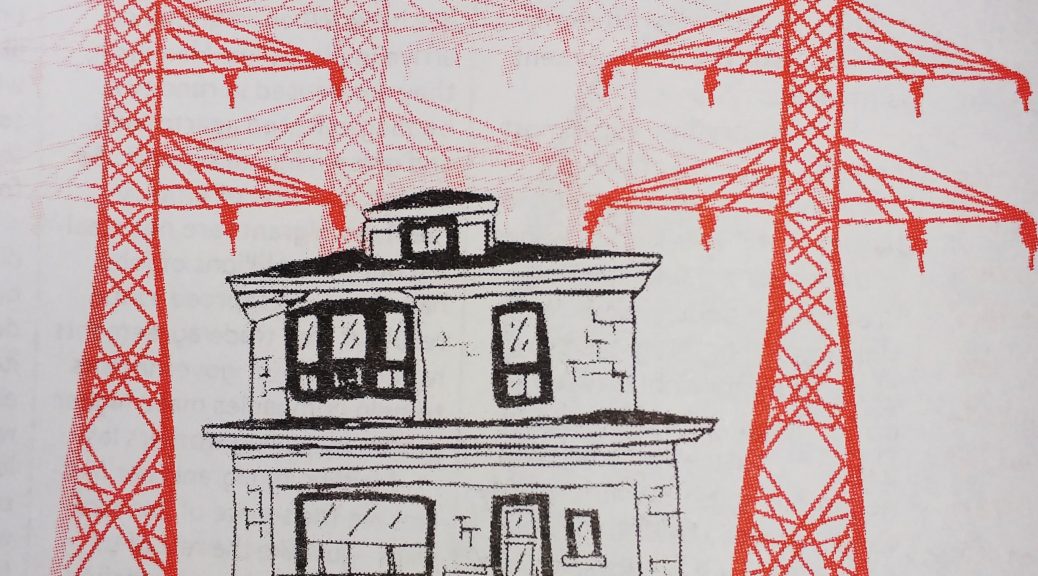 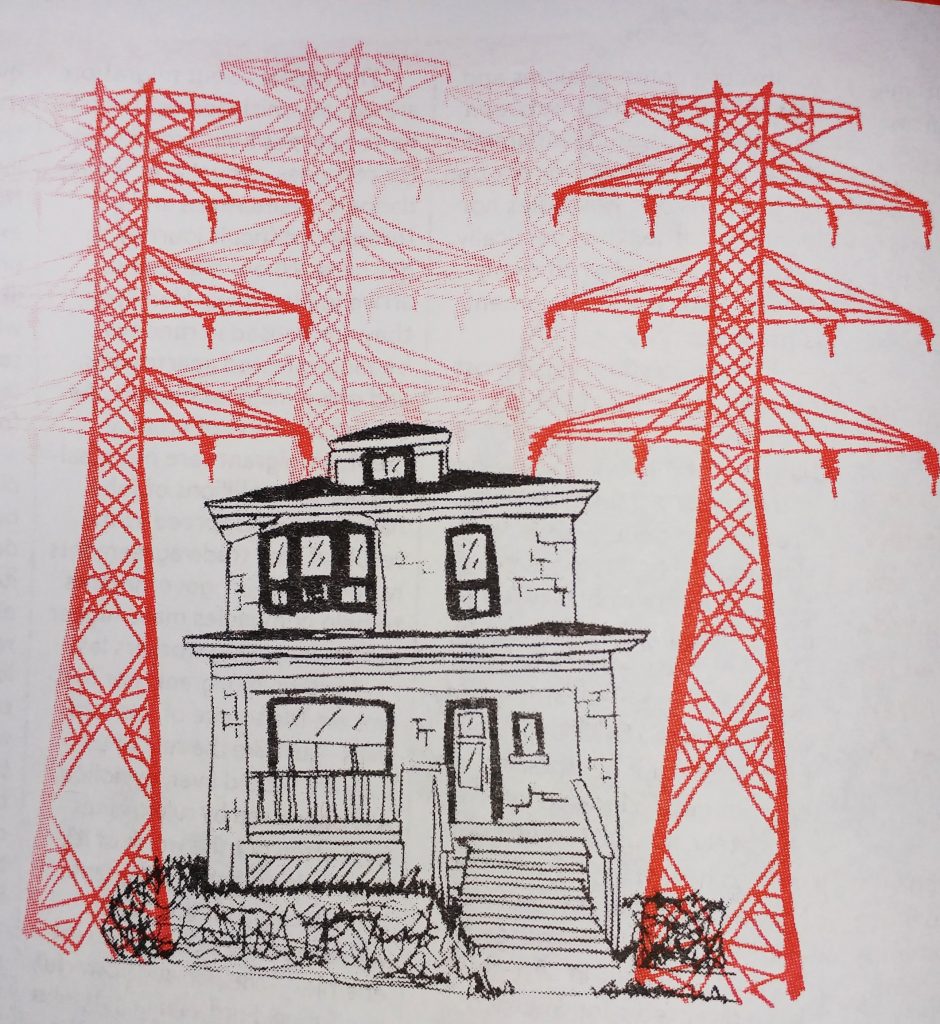 Now seriously, why are hydro rates so damn high? There’s no mystery here, just years of bad decisions and large profits that keeps us dreading the mail every month. Unfortunately, short of being comfortable with cold baths by candle light or skipping out on paying rent, we have little power to challenge this by ourselves.

But this problem isn’t because production costs keep going up, or higher demand, or because the plants started to produce less. The problem lies in the boardrooms of energy companies and Queens Park where deals are worked out to line the pockets of executives and their shareholders, at our expense.

If we hope to find a long term solution to our energy needs, we will need to find a way to take the struggle to the pocketbooks of the wafting farts who make the decisions that continue to plunge us into debt, and the logic behind their decisions.

Our Total Lack of Power

Lets get back to the original question of how hydro bills have gotten so high. The biggest problem keeping costs high is that energy producers in Ontario generate more electricity than all the households in Ontario consume, yet the province signed contracts to buy everything regardless. This is the type of gutless decisions that politicians regularly stick us with. Sadly, from school closures to development projects to accessing affordable energy, we have little power to shape the decisions that effect our daily lives.

Those pen pushers try to recoup a bit of the costs by selling the surplus energy south of the border but they offer it at rates below the cost of production. For the past 10 years energy consumption in Ontario has been going down while exports have doubled. The difference between production and the export price (plus a healthy profit) shows up on our bills every single month hidden in the delivery and service charges.

Hydro has tried to further reduce demand during peak usage by installing smart meters and raising the prices between 7AM and 7PM. Remarkably, consumption hardly changed and they just began collecting more money for the same services. We are told changing our consumption is a great way to cut down on our monthly bills, yet the math doesn’t add up. If we all consumed less energy, the costs of the excess would just show up again hidden in the service fees. But the bottom line for me is that half my hydro bill is already made up of service fees alone, leaving me very little wiggle room to save more than a few dollars.

Live Wires and the Bottom Line

2014 saw the closure of Ontario’s last coal energy plant as the province tried to phase out some fossil fuels. This was commendable, as climate change critically threatens the survival of the planet and the biggest culprits are industry and business. Just a few years ago there was hardly any wind or solar energy on the grid with none planned. In response, the province developed incentives for private businesses to increase their production. They offered 20-year contracts to any company willing to generate wind or solar, and doing so pushed prices for green energy way above market rates.

A friend of mine who worked for one of these megaprojects described them as bleak. Companies lease rural land for the length of the contract (20-25 years) and threw up as many energy farms before the deadline in order to cash in on easy money. In the case of solar farms, this involves completely bulldozing the land, fencing it off and drilling thousands of holes for posts that damage the land and potentially the water table. All these projects came with a promise to return the lands to “their original state” by the end of the lease. The prospect of so much free money had tech and energy companies – many the same companies invested in coal and gas – tripping over themselves to complete as many projects as they could before the deadline.

This program continues to transfer wealth from every home in the province to private businesses, who have invested in green energy to take advantage of the government’s lucrative offer by building projects that may well end up being temporary. This whole story exemplifies the fact that capitalism is ill equipped to deal with the large scale climate crisis we are facing. If we hope to survive changing climates, any solutions that don’t challenge capitalism just won’t cut it.

Even though hydro effects everyone, from home owners to renters, the burden isn’t shared equally. Like most everything in society, broke folks get the shit end of the stick.

Last year Ontario Power Generation (OPG), Ontario’s largest electrical generators, employed some of the highest paid management and executives in Ontario. As a crown corporation – meaning it’s owned entirely by the provincial government – OPG had 7,600 employees taking in $100,000+ salaries, beating Corrections and the Toronto Police for having the most employees on Ontario’s sunshine list which documents the highest paid public employees. To top it all off, OPG’s former CEO, Thomas Mitchell brought in a $1.5+ Million dollar salary and his recent successor is posed to make the same amount with bonuses.

James Baldwin, prominent queer and black activist, wrote in 1960 that “anyone who has ever struggled with poverty knows how extremely expensive it is to be poor.” Hydro today is putting working-class and broke folks in massive debt. Your average low-income household in 2013 owed hydro $665 in debt, which rose to $1,305 in 2015 and is just getting worse. Meanwhile, middle-class homeowners owed a third less debt on average.

Furthermore, each utilities distributor calculates their security deposits slightly differently, but in Hamilton our deposits for new accounts are calculated against the outstanding debt in our neighbourhoods. These outstanding debts in poor neighbourhoods feed a cycle of poverty which can be impossible to escape and meanwhile, OPG managers are sitting comfortably in the country’s highest tax bracket and deserving of a trim off the top.

Hydro stands to continue raising prices, causing huge expenses for broke folks across the province. From overpaid executives to rich politicians we lose so much by letting the decisions that control access to our basic needs be handled by people who will never understand the way our stomachs drop when we see our the bills each month.

The news tell us that this is a problem created by the Liberal government, yet this crisis has been twenty years in the making, with all parties having a hand in upping the price. The opposition from the left and right both claim that if we elect them, they’ll bring prices back down but the reality is they have just contributed to its creation.

While I don’t know what exact form a struggle around utilities in Ontario would look like, it seems apparent that we will be bled dry and buried in debt before a boardroom makes the right decision on their own.

What would it even look like to struggle around hydro prices? The world over, access to water, electricity, and other resources have sparked uprisings and popular movements both spontaneous and planned. Examples of spontaneous revolts triggered by rising prices range from Mexico to Bolivia, Gaza to Lebanon, with people leaving their homes to take to the streets (such as the recent gasolinazo protests in Mexico).

In European countries – such as the recent “Irish Water Wars” – to the disenfranchised barrios and townships of the global south, slower community organizing models have developed. To take one example, we could look at the water and hydro struggles of Chatsworth township in South Africa in the late 90’s-00’s. Community groups were formed to combat water shut offs which used many tactics: reconnecting water by movement plumbers; mass non-payment of utilities; marches on utility offices to pay reduced rates decided by the community; pickets and occupations of local councilors and utility officer’s homes; and the clandestine and coordinated disconnection of utilities from these same councilors homes. Those struggles escalated to spontaneous demonstrations blocking access to the townships in order to chase away utility employees, culminating in a week-long work strike by the community to disrupt nearby Durban, the urban centre.

These tactics were chosen by the community while forging bonds through struggle and attaining real victories ranging from keeping utilities flowing to debtor homes to forcing politicians to halt shut-offs indefinitely. If we hope to tackle rising hydro prices, the struggle will have to begin in our neighbourhoods.